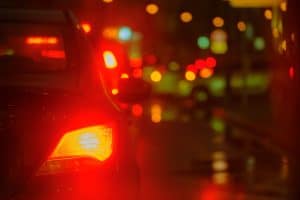 Well, that idea may become a reality quite soon. Car manufacturers are always finding ways to improve their models and make them as safe as possible. One of the most recent additions that manufacturers are interested in implementing is automatic emergency braking.

What is automatic emergency braking?

Automatic emergency braking (AEB) is a safety feature that prevents a possible crash from happening. When the car in front of you brakes suddenly and a crash is about to happen, your vehicle will respond by automatically activating the brakes. The car will typically come to a complete stop before hitting the vehicle in front of you.

These safety systems use a combination of cameras and sensor technology to be effective. As appealing as this technology sounds, car manufacturers and federal agencies first want to know how efficient this technology will be in the future.

To find out how productive automatic emergency braking systems will be, we look at the results of two recent studies. One of the studies was conducted by The Partnership for Analytics Research in Traffic Safety, a government-auto industry partnership. The other study was conducted by the Insurance Institute for Highway Safety. Both studies used crash data to make their calculations.

In the study by The Partnership for Analytics Research in Traffic Safety, the data with auto equipment was compared to 12 million police-reported crashes from 13 states. This information was collected by the National Highway Traffic Safety Administration (NHTSA).

The study also measured the effectiveness of lane departure warning systems and lane-keeping systems. These features help cars remain in their designated lanes and warn drivers when they begin to swerve outside of them. Cars with only these features were found to reduce crashes by 8% and road-departure crashes that cause injuries by 7%.

The other study was conducted by the Insurance Institute for Highway Safety (IIHS). This study revealed that automatic emergency braking reduces rear crashes for pickups by 43% and rear-end injury crashes by 42%.

These results were interesting because pickup trucks are the vehicles that pose the most risk on the roads. These are the vehicles that are less likely to have this feature installed, despite the fact that they may benefit most. According to Jessica Cicchino, the agency’s Vice President of Research, the large size of pickups can make them dangerous to drivers of smaller cars and pedestrians.

Mercedes-Benz, Volkswagen, Honda, and Mitsubishi are some of the companies that have filed documents with the government stating that they’ve installed emergency braking in at least 90% of their models.

A spokesperson for General Motors declared that the company had only 73% of its models equipped with emergency braking as standard technology, but plans to hit the 90% target by the end of the current model year. The IIHS also reports that other manufacturers like BMW, Mazda, Tesla, and Toyota passed 90% last year.

When it comes to automatic braking features, federal agencies and car manufacturers see their benefits, including improvements in safety outcomes.

These features can help to sense a possible collision and brake if the driver doesn’t react in time. Some systems have the ability to detect the presence of pedestrians and bicyclists as well. This can help drivers avoid potential collisions with other drivers and pedestrians. Even though these systems aren’t foolproof, they’re very helpful in preventing future collisions and reducing the chances of a collision significantly.

In the study conducted by The Partnership for Analytics Research in Traffic Safety, it was also revealed that automatic emergency braking worked well in all conditions. Even when the lighting or weather conditions weren’t ideal, the technology was still efficient. This is comforting for drivers who are concerned about how the technology will perform in various road conditions.

Another benefit that automatic braking features provide is maintaining safety while on the road. Some automatic braking systems are able to detect the presence of other people or vehicles at low and high speeds. Other systems are able to maintain other safety features like adaptive cruise control, which can help the car maintain a safe speed and following distance. This can help cars maintain a safe distance from the vehicles in front and behind them. Some systems can even warn drivers when a potential collision is about to occur. These warnings can help alert drivers of potential dangers.

When you have been the victim of a car accident, you need the injury lawyers at Bailey & Greer on your side. We represent the great people of Memphis and Jackson with care, compassion, and capability. Call our office or submit our contact form to schedule a free consultation.