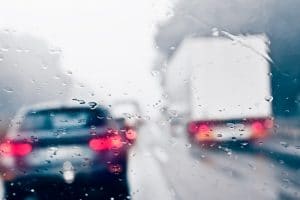 For many, summer is the beginning of nice weather and vacations. However, for several parts of the country summer is an indicator of the beginning of hurricane season. Recently, a tropical depression by the name of Claudette caused devastation across several states. One devastating incident was a pileup on Interstate 65. The pileup left 10 people dead and several others injured. The accident is still under investigation as officials are trying to determine the exact cause and if Tropical Depression Claudette is to blame.

The likely scenario is that one vehicle hydroplaned which caused a chain reaction of other vehicles crashing into each other. Seven vehicles caught fire out of the 17 total vehicles that had been involved in the pileup. Tennessee residents Cody Fox and his 9-month-old daughter, Ariana, were among the victims, though it is likely that their death was caused by the impact of the crash and not the fire.

Dangers of driving in storms in Tennessee

Many drivers will try to avoid driving during inclement weather, but that is not always a feasible option. You may be driving home and then suddenly you are caught in an unexpected storm. Drivers must be ready for anything, especially the weather. There are several dangers that come with harsh weather including lack of visibility and hazardous terrain.

There is also possible flooding, and if you are in an area where it snows you can also face skidding on ice. Fog is also another weather condition that can cause you to lose visibility on the roads. During inclement weather, you must also give yourself ample time to reach your destination as there are several things you may face en route.

There may be traffic slowdowns or complete stops. You may run into disabled cars on the road or debris caused by the storm. You should not only be careful during the storm, but after the storm as well. Things may have moved, and trees (and tree limbs) can fall during the weather.

Tips for safe driving during a storm

If you have no other option but to drive in bad weather, there are a few things to keep in mind

What to do in a Memphis pileup

Multi-car pileups are rare, but they are likely to happen in bad weather. If you have been involved in a multi-car crash, seek medical attention immediately. Do not leave the scene; wait for EMTs to get there, or call an ambulance for yourself.

Focus on the people in your vehicle first and foremost. If you are able to get out without causing injury to find a safe place to wait for authorities and medical professionals. It may be tempting to want to roam around but if the pileup was caused due to inclement weather the best and safest thing to do is to stay put.

Once the police arrive, speak with them so that you will have a copy of the accident report. If you can, take pictures of the scene and any surrounding lights or signage. You should never admit fault when speaking to the police or anyone else.

Your entire life can change after an accident and your injuries can require months or years of medical treatment. Insurance companies don’t want to pay for these costs, so you may still be left with mountains of bills. This is where having the right attorney can make all the difference.

The negligent party should be held liable and should pay for what they caused. You will need an experienced Memphis car accident attorney on your team to go up against those big insurance companies. The attorneys from Bailey & Greer, PLLC, are ready to take your call: 901-475-7434, or complete the contact form on our website to schedule a free consultation. We maintain offices in Memphis and Jackson, and serve clients throughout the state.