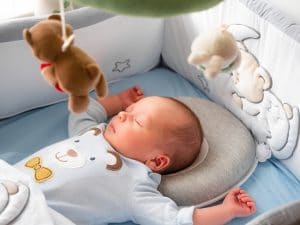 Infants are the most vulnerable to accidental death, according to a Fundación MAPFRE study which reviewed data from the Centers for Disease Control and Prevention (CDC). The study was conducted by the Johns Hopkins Center for Injury Research and Policy in the Department of Health Policy and Management. Fundación MAPFRE, a nonprofit organization created the MAPFRE Group in 1975, supported the study. The study analyzed government data between 2005 through 2017.

It is hoped that the study will crystallize the need for better prevention efforts across a wide range of activities to help infants and children.

Children have the same right as adults to hold drivers, doctors, manufacturers of defective products, and others accountable if their negligence or fault causes that child to die, or to suffer harm. This means they are entitled to compensation for all their medical expenses including surgeries, doctor visits, therapy, psychological counseling, and long-term care. They are entitled to compensation for their physical pain and emotional suffering.

There are a few practical issues for childhood personal injury and wrongful death claims:

At Bailey & Greer, PLLC, we’ve helped many injury victims and the families of loved ones obtain multi-million awards based on the negligence or strict liability of the defendants. We understand the unique challenges of representing children who are tragically killed or are made to suffer due to someone else’s irresponsible behavior. To speak with a Memphis child injury lawyer about next steps, call 901-680-9777 or fill out our contact form. We represent accident victims in Memphis, Jackson, and throughout West Tennessee.