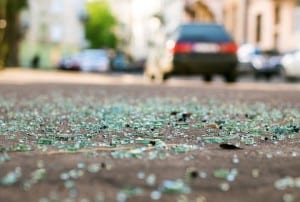 Memphis is a great city. It’s the largest in Tennessee (just beating out Nashville as of May 2016 by around a thousand people), and the greater metro area boasts a population of 1,317,314 people as of 2014. Founded by Andrew Jackson, who would go on to be elected President of the United States, John Overton, and General James Winchester, today Memphis is well known for its BBQ, as the birthplace of the Blues, and the home of Elvis Presley’s Graceland.

So it’s no real surprise that, with so many people living, working, and visiting Memphis, there are a lot of cars on the roadways. Drivers here get into their fair share of car accidents – there have been 29 fatal accidents in the greater Memphis area so far this year –  and knowing why people are getting into crashes could help you avoid those dangerous situations on the road.

Tennessee’s traffic accidents, by the numbers

In 2016, there were a total of 206,172 vehicle accidents in Tennessee that led to injury, death, and property destruction (of $400 or more). About 20% of those accidents (41,200, to be exact) occurred in District 4, which includes Crockett, Dyer, Fayette, Hardeman, Lauderdale, Shelby, and Tipton Counties. Memphis is the county seat of Shelby, and Shelby saw 37,341 traffic accidents in 2016 – 90% of the total crashes in that area.

So, what does this data tell us? We already know that counties with large cities and tourist areas generally see more car crashes and fatal accidents than more rural areas (Dyer County only had 267 accidents in 2016, for example). The Tennessee Department of Safety and Homeland Security gives us some insight into why those crashes may have happened, by looking specifically at the following:

Based on these factors, as well as the number of drivers in each county and the number of accidents, between 2012 and 2016, Shelby County:

We scored far better, however, when it came to drunk driving crashes – 69th place overall, and we were 79th place in terms of fatal accidents. In speeding-related accidents, we came in 62nd.

Why does the type of crash matter when it comes to staying safe on the roads?

Given how low our numbers are for drunk driving and speeding, it’s safe to assume that a lot of people in and around Memphis are taking advantage of our mass transit: trolleys, buses, taxis, etc. About 86% of Tennesseans use safety belts, which also helps to keep us from fatal crashes.

However, considering how high our numbers still are, there is probably one area where Memphis could use some improvement, and that’s with distracted driving. Tennessee has a texting ban but allows hand-held cell phone use for anyone who isn’t a novice driver or driving a school bus. Distracted driving was listed as a factor in 7,143 crashes in Shelby County leading to injury or death in 2016, and 7,463 in the greater Memphis area, but the overall numbers could be higher when you take more “minor” crashes into account.

We all need to be aware of our surroundings. We may not be able to stop others from driving drunk or using their phones, but we can make sure we don’t contribute to it.

When you are a safe driver who follows the rules of the road, it can be incredibly frustrating to get injured in a car accident that was caused by the negligence of another driver. If you want to talk to an experienced Memphis car accident attorney who will listen to your story and give you sound legal advice about your case, you should call Bailey & Greer, PLLC, at 901-680-9777 or complete our contact form to schedule a free consultation. We proudly serve clients throughout Memphis, Jackson, and West Tennessee.