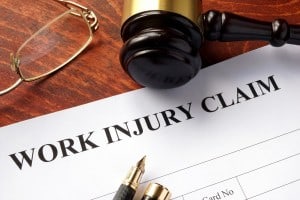 When employees are hurt on the job, they can make a claim for workers’ compensation benefits. However, there may be times when a worker is hurt, and workers’ comp won’t cover the expenses (say, for a contractor), or where a third party may also be liable for damages. In these cases, the injured worker can file a personal injury lawsuit.

Independent contractors have the right to file a personal injury lawsuit against an employer. The key criteria in this type of case is determining the worker’s status. Generally, an independent contractor has a different employer than the people at the worksite. Certain professionals are also not entitled to workers’ compensation because their employers can elect not to buy that coverage.

When can an employee, who is also covered by workers’ comp, file a personal injury lawsuit? When the injury or claim was the result of the following:

Employees may also be entitled to bring a personal injury case if the accident did not happen during their work hours. For example, if you were injured while commuting to work or while doing personal errands during the day, you would need to bring a negligence claim to recover damages.

Workers and bystanders have the right to be compensated for all the damages they deserve when a workplace accident happens. Often, it is better to try to make a personal injury claim. If you have questions, the Memphis injury attorneys at Bailey & Greer, PLLC can help. Consultations are free. Please call us at 901-680-9777 or use our contact form. Our lawyers represent injury victims who live in and around Memphis, Jackson, and West Tennessee.