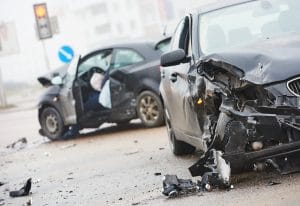 Some accidents are much more likely to result in deaths than others. Odds are if a driver rear-ends you while you’re stopped at a traffic light, you’re not going to die. On the other hand, if a drunk driver crosses lanes and strikes your car while you’re both driving at 60 mph, the odds that both you and the drunk driver will die can increase significantly.

According to the Tennessee Department of Safety & Homeland Security, 1,217 people died in traffic accidents in Tennessee in 2020. About a quarter of those traffic deaths (309) took place in the greater Memphis area. More than half of the passengers who were killed were not wearing seat belt restraints. According to Safer America, more than half of all fatal accidents nationwide involved just one vehicle. “In 2018, 95 percent of all vehicles involved in fatal car accidents were passenger cars or light trucks (vans, SUVs, or pickup trucks).”

What types of vehicle accidents cause fatalities?

Often, how an accident occurs indicates who is responsible for the death of another driver, a passenger, a pedestrian, or a bicycle rider. Some of the deadliest types of car and truck accidents include:

In Tennessee, the families of anyone killed in a car accident due to the negligence of others or vehicle defects has the right to file a wrongful death claim on behalf of the family. Wrongful death damages include payment of the funeral and burial bills, the loss of financial support the decedent would have provided the family members, and the loss of emotional support and guidance the decedent would have provided.

At Bailey & Greer, PLLC, our Memphis car accident lawyers have been fighting for injury victims for 35 years. We understand how absolutely devastating it is to learn that a loved one died in a car accident or any type of accident. We guide families through this very difficult time. We answer all your questions and work to hold the responsible drivers liable for your tragic loss.

To discuss which family members are entitled to compensation when a relative is killed due to negligence or a product defect, call our seasoned trial lawyers today. You can reach us at 901-475-7434 or fill out our contact form to schedule an appointment at our office in Memphis or Jackson. We handle wrongful death cases on a contingency fee basis. We proudly serve clients throughout West Tennessee.