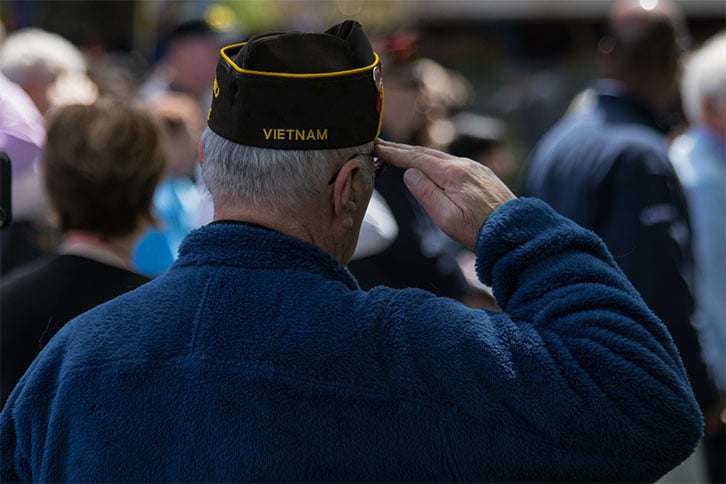 Were You Exposed to Toxic Water at Camp Lejeune?

If you served or lived at the military base Camp Lejeune in North Carolina between the 1950s and the 1980s, you may have been exposed to health- or life-threatening conditions. Groundwater and drinking water was found to be contaminated with toxic chemicals, many associated with cleaning solvents, linked to illnesses like cancer and neurological diseases.

The attorneys at Bailey & Greer, PLLC understand the complexity of Camp Lejeune injury claims and the difficulties and challenges of securing compensation for the harm you’ve endured. We know that you or your loved one went to Camp Lejeune to serve your country. You deserve justice for the illness or condition you developed as a result of toxic and contaminated water in your home and workplace. We’re here to help veterans throughout Memphis and the surrounding areas.

How can we help?

What happened at Camp Lejeune?

The US Marine Corps discovered volatile and dangerous compounds in the drinking water at Camp Lejeune in 1982. They found two on-base treatment plants supplying water to the base were contaminated with high levels of carcinogenic chemicals, dating as far back to the mid-1950s.

This means that members of our military, their families, and on-base workers were unknowingly ingesting contaminated water every single day. Over the years, an avalanche of medical and scientific evidence demonstrates that this exposure has caused thousands of people to develop birth defects, cancer, and other life-altering health conditions.

The Camp Lejeune areas in question include veterans and families who lived at:

The Tarawa Terrace treatment plant delivered contaminated water to housing, including the Knox trailer park, as a result of waste runoff from a local dry cleaning firm. The contaminants, according to the Agency for Toxic Substances and Disease Registry (ATSDR), included known carcinogens perchloroethylene and tetrachloroethylene (PCE).

The ATSDR estimated that these “PCE concentrations exceeded the current EPA maximum contaminant level of 5 ppb in drinking water from the Tarawa Terrace water treatment plant for 346 months during November 1957-February 1987.” In early 1985, contaminant levels rose to 215 parts per billion (ppb) – a massive excess of the aforementioned EPA maximum amount of 5 ppb. 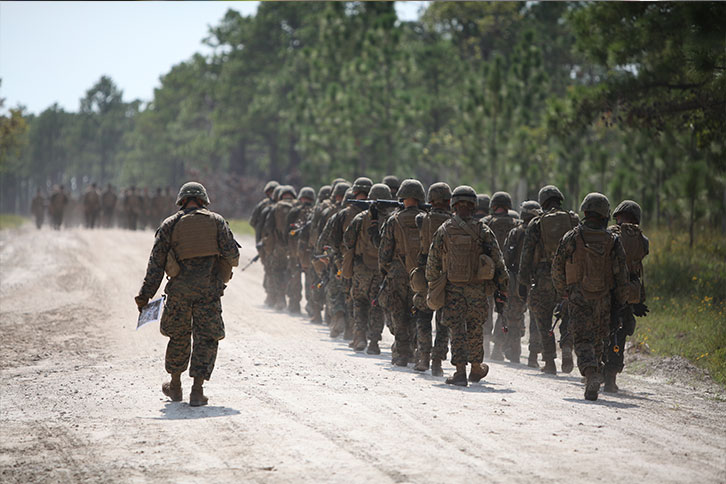 What diseases are associated with Camp Lejeune water contamination?

If you or a family member lived or worked at Camp Lejeune between 1953 and 1987, you may have been exposed to these contaminants and carcinogens, even in utero. The VA associates the following conditions and illnesses with contaminated drinking water from Camp Lejeune:

With Camp Lejeune being open for over 30 years, the number of potentially exposed veterans, families, and contractors could run upwards of a million people. Back in 2017, the federal government allotted about $2 billion to service members “who developed one of eight diseases: adult leukemia, aplastic anemia, bladder cancer, kidney cancer, liver cancer, multiple myeloma, non-Hodgkin's lymphoma and Parkinson's disease.”

However, this award did not apply to the family members and non-service members who suffered the same illnesses and conditions. Additionally, two billion dollars is not nearly enough to reimburse victims and their loved ones for deadly diseases, cancers, and loss of life. Many families have been fighting for decades to secure the justice and compensation to which they are rightfully entitled.

The Camp Lejeune Justice Act of 2022, as part of the PACT Act which has been signed into law, will change this, stating:

An individual, including a veteran (as defined in section 101 of title 38, United States Code), or the legal representative of such an individual, who resided, worked, or was otherwise exposed (including in utero exposure) for not less than 30 days during the period beginning on August 1, 1953, and ending on December 31, 1987, to water at Camp Lejeune, North Carolina, that was supplied by, or on behalf of, the United States may bring an action in the United States District Court for the Eastern District of North Carolina to obtain appropriate relief for harm that was caused by exposure to the water at Camp Lejeune.

The Act will streamline the compensation and disability process, as well as open it up to non-service members, like family, civilian workers, and contractors who lived at Camp Lejeune. This also includes persons who suffered injuries in utero.

How do I file a claim for Camp Lejeune water contamination injuries?

If you or a family member suffered harm due to ingesting toxins at Camp Lejeune, the Memphis attorneys at Bailey & Greer want to help. We know that it’s not right that you served your country and your country failed you. We want to make things right. Our legal team can help you file a claim documenting your injuries and harm.

Now that the Act is signed into law, victims only have a set amount of time to file a claim, so it’s important to get started right now. This way our lawyers can immediately begin processing your injury claim, moving you closer toward the benefits and compensation you need and deserve.

Do you have a toxic water contamination attorney near me?

Bailey & Greer maintains an office at 6256 Poplar Ave in Memphis, with additional offices in Nashville and Jackson, TN. We make home and hospital visits, or can schedule a phone or video consultation if you cannot travel.

At Bailey & Greer, PLLC, our attorneys want to help our service people, veterans, and their loved ones harmed by the contaminated water at Camp Lejeune. We understand the challenges you’ve faced trying to secure VA disability benefits and we are here to make it easier. Our lawyers serve veterans and their families throughout West Tennessee, including Memphis and Jackson. To talk about your experience at Camp Lejeune, please call us at 901-475-7434 or use our contact form to schedule an appointment.