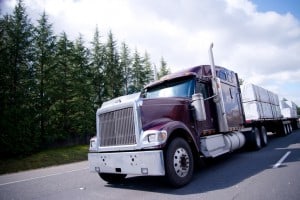 When you are hit by a commercial truck, the chances are good that your injuries will be life-altering. When the liable trucking company refuses to offer you fair compensation, you need a skilled attorney on your side. That is why Donriel Borne called Thomas Greer, after he sustained permanent injuries to his back and spine. He knew that he needed a fighter on his side, who would hold the trucking company accountable.

If you have sustained a serious injury in a collision with an 18-wheeler or other commercial truck, Bailey & Greer, PLLC is here to help. Our truck crash attorneys in Memphis and Jackson have fought on behalf of clients throughout West Tennessee. We will fight for you, too.

A collision that led to chronic pain

On July 1, 2009, our client, Donriel Borne, was driving an 18-wheeler when traffic came to a stop on I-55 in Memphis, TN, near Crump Boulevard. Donriel stopped his truck but the 18-wheeler behind him was following too closely and rear-ended him. At the time of the wreck, Donriel was 30 years old.

Donriel sought medical attention for back pain following the wreck but continued to work to support his family. He and his family doctor believed that the pain would eventually go away. It never did. Ultimately an MRI was performed that revealed a serious injury to his lower back and spine, which required him to stop working. His injuries are permanent and leave him in constant daily pain.

The case against Celadon Transportation Services, Inc.
The truck that hit Donriel was owned and operated by Celadon Transportation Services, Inc., a trucking company based in Indiana. Instead of taking responsibility for the wreck and Donriel’s injuries, Celadon launched a no holds barred, scorched earth, frivolous defense. Celadon not only denied negligence, but actually blamed Donriel for causing the wreck. Celadon also blamed another truck that lightly rolled into the back of it after Celadon crashed into Donriel. Celadon’s position was clear from the start; everyone is at fault but us. Celadon even denied that its truck drivers owed a duty to the people of Memphis and Shelby County, Tennessee to be safe on the roadway.

We attempted to resolve the case without going to trial. However, Celadon refused to offer a reasonable amount. The last official offer before trial was $25,000.

Celadon, true to form, continued its frivolous defense at trial by using hired-gun experts to say that Donriel was not really hurt, and if he was, it was not due to the wreck. Celadon’s experts, Dr. Robert Applebaum, Carla Seyler, and Douglas Morr, had long histories of testifying for insurance companies and corporations defending lawsuits. Dr. Applebaum makes nearly half a million dollars a year from the insurance industry by conducting so-called “independent” medical exams and testifying on their behalf. Douglas Morr, a biomechanical engineer with SEA, was paid $20,000 by Celadon to say that this wreck caused the same amount of trauma to Donriel’s back as walking down the street.

We refused to back down

Through vigorous cross-examination, and with key evidentiary depositions obtained by Sadler Bailey, Thomas Greer was able to expose these experts for what they really are: mouthpieces for the insurance industry who are willing to say anything in order to prevent an injured person from receiving fair compensation. Celadon also continued to argue that Donriel was not really hurt from the wreck. Celadon accused Donriel of exaggerating and faking his injuries. Celadon claimed that Donriel could work if he really wanted to and that the reason he was not working was because he was trying to get money from the lawsuit.

On the first day of trial—almost four (4) years after the wreck – Celadon finally admitted that its driver was at fault. However, it continued to blame the other truck. This 11th hour admission of fault was nothing more than a trial strategy to gain favor with the jury. Otherwise, Celadon would have admitted fault years earlier.

Celadon’s attempt to smear Donriel’s character was offensive and it backfired at trial. The jury spoke loud and clear in support of Donriel by returning a verdict for $3,705,000. The verdict allowed for past and future loss of income, as well as for physical pain, mental suffering, permanent injury, and the loss of enjoyment of life.

Schedule a no-cost, no-obligation consultation with a member of our team

Commercial trucking accidents can lead to catastrophic injuries. At Bailey & Greer, we don’t back down from corporations that put their profits ahead of people. That is why we have obtained millions of dollars in verdicts and settlements for our clients. To speak with a truck accident attorney like Thomas Greer, please call 901-680-9777 or complete a contact form. We proudly represent clients throughout West Tennessee.