All car and truck accidents are dangerous, especially when vehicles collide. Accidents on bridges, however, add an extra layer of danger because the cars or their occupants may fall into the water or down onto roads and other vehicles below. Bridges are also often more treacherous because many don’t offer shoulder lanes and many bridges are very narrow. Drawbridges have metal surfaces (making traction difficult) so the bridge can open in half to let large ships pass by.

What are the different types of bridges in and near Memphis?

The Memphis region has many types of bridges. Some, like the Memphis & Arkansas Bridge, carry people from one state to another via a truss bridge over the Mississippi River. Other highway and railroad bridges that cross the Mississippi River include the Frisco Bridge, the Harahan Bridge, and the Hernando de Soto Bridge. Other, smaller bridges carry drivers over local waterways or other local roads.

A few notable bridge types include truss bridges, arch bridges, cable-stayed bridges, covered bridges, suspension bridges, and trestle bridges. Some bridges have multiple lanes each way. Other bridges only allow for one lane of travel, which means drivers need to wait for cars and trucks coming from the opposite way to pass over or through the bridge.

What types of accidents occur on bridges?

Some car accidents that occur on bridges are unique to bridges. Others are common to driving on the roads and highways.

Accidents common to all roads include rear-end accidents, head-on crashes, sideswipes, merging, and lane change accidents. Chain reaction accidents are also likely and especially dangerous because of the limited ability to stop or change lanes. If one car, for example, rear-ends a car in front – all the cars behind the initial two cars are likely to collide with each other.

Accidents that are unique or more likely to occur on bridges include:

Another danger when driving on a bridge is visibility. Large trucks can make it difficult for drivers in cars and on motorcycles to see in front of the truck. Determining what exit or roads to take can be difficult. Many bridges have entrances immediately before the bridge and exits after the bridge. Drivers who aren’t in the correct lane may get into accidents as they navigate into the correct lane of travel.

If a collision leads to a fall into the river; passengers could drown or suffer hypothermia. Bridge accident victims can suffer spinal cord injuries, brain injuries, broken bones, and many other serious injuries.

Many bridge accident cases involve the same issues as other motor vehicle accidents. Our Memphis bridge accident lawyers work to show how the accident happened and who was at fault by investigating the accident site, the vehicles involved, and speaking to witnesses. Investigating an accident site can often be more difficult because bridges don’t have shoulders for police vehicles and authorities to park while they investigate the accident. However, we also work with accident reconstruction experts to determine to the best of our abilities what happened to cause your injuries.

Bridge accident cases can also become very complicated if the vehicles involved in the accident are from different states. For example, if a Memphis driver is struck by a driver from Arkansas while both drivers are on the Memphis & Arkansas Bridge, then an issue arises as to which court can hear your claim. You can generally file your claim in the state where the responsible/negligent driver lives. So, if the driver that struck you lives in Arkansas, you can file your claim in Arkansas.

At Bailey & Greer, PLLC, our Memphis and Jackson car and truck accident lawyers represent drivers, passengers, pedestrians, and bicycle riders in all types of accidents – no matter where, no matter the type of vehicle involved, and no matter how the accident happened. We have a strong record of success in negotiating settlements and trying cases in court. We understand the complex issues involved when bridge accidents occur. Our lawyers demand compensation for all your financial damages, your pain and suffering, any scarring or disfigurement, the loss of bodily function, and the loss of life’s pleasures.

To schedule a free consultation, please call us at 901-475-7434 or fill out our contact form. We’ve been fighting for accident victims for more than 35 years. 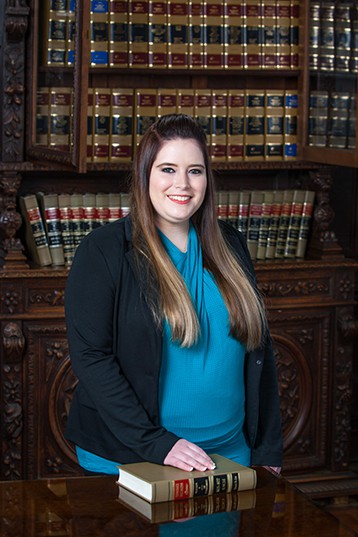