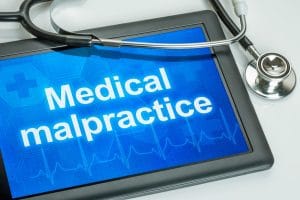 When you’re feeling lousy, you need to see a doctor for help. You rely on the doctor to ask about your medical history and your current symptoms. You expect your doctor to conduct a physical examination that focuses on all your symptoms and complaints. Patients also anticipate that the ER doctors, their family doctors, or a specialist will order blood, imaging, and other diagnostic tests to try to determine what medical disorder you have. Understanding your diagnosis is the first step towards treatment.

While many doctors competently make a correct diagnosis, some doctors do not. According to the AARP (the American Association of Retired Persons) some of the most commonly diagnosed diseases are the following:

This chronic inflammatory disease has symptoms that include tiredness; rash; pain in the joints; and heart, lung, and kidney damage. Doctors need to be careful. Lupus is often misdiagnosed as chronic fatigue syndrome, rheumatoid arthritis, or fibromyalgia.

Doctors should order the following tests in order to help ensure they diagnose lupus correctly:

This degenerative disorder of the central nervous system has symptoms that include stiff muscles and difficulty walking or keeping one’s balance. Symptoms of Parkinson’s disease also include hand, arm, leg, and head tremors. Doctors may improperly diagnose Parkinson’s disease as a stroke, a traumatic brain injury, stress, Alzheimer’s, or an essential tumor.

Parkinson’s currently cannot be diagnosed through any diagnostic tests. The diagnosis is normally made through a clinical examination.

This arthritis-like disorder (chronic) normally involves pain all over a patient’s body. Symptoms include increased pain sensitivity, tiredness that can be incapacitating, and anxiety or depression. Doctors may diagnose fibromyalgia as chronic fatigue syndrome, lupus, or rheumatoid arthritis.

There is no current diagnostic test for fibromyalgia which makes a diagnosis more difficult but not impossible. Doctors generally diagnose fibromyalgia based on a patient having the following conditions:

This disease is a “systematic infection” that is due to a tick bite. Common symptoms include soreness in the rib or chest, shortness of breath, abdominal cramping, a “bulls-eye” rash at the site of the bite, vomiting, nausea, and twitching of the eyelids of race. Similar diseases that may cause a misdiagnosis include fibromyalgia, the flu, chronic fatigue syndrome, mononucleosis, meningitis, and depression.

The tests doctors should use (if there is no visible rash) include a two-step blood antibody test:

Diagnostic tests are generally used to rule out other diseases. Other diagnostic tests include a puncture of the lumbar and an MRI. Doctors normally look for damage to the brain and spinal cord and lesions characteristic of multiple sclerosis.

This autoimmune disorder is noted for the inability of the patient to digest gluten. Gluten is a protein found in rye, wheat, and barley. Common symptoms include vomiting, diarrhea, weight loss, abdominal pain and bloating, and leg cramps. Doctors may misdiagnose celiac disease as Chron’s disease, irritable bowel syndrome, or cystic fibrosis.

Blood tests can determine if there is a high level of antibodies – though about 1 in 10 patients test negative for antibodies. Doctors may also order “small-intestine-sample biopsy, genetic (DNA) tests.”

This disorder is hard to diagnose. Symptoms include a sore throat, loss of concentration, memory loss, extreme exhaustion, joint and muscle pain that cannot be explained, and painful lymph nodes in the neck or armpits. Physicians may misdiagnose this disease as fibromyalgia, lupus, hepatitis, sinus difficulties, or rheumatoid arthritis.

Other types of medical diagnosis errors

Other types of medical diagnostic errors include misdiagnosing:

At Bailey & Greer, PLLC, our Memphis medical malpractice lawyers work with skilled physicians who understand the disease you have, what tests and exams should have been conducted, what corrective treatments you will need, and the full extent of your injuries. We demand compensation for all your medical bills, any lost income, and your pain and suffering. Our lawyers have been fighting for patients who suffer due to medical malpractice for more than 35 years.

To talk with a seasoned medical malpractice lawyer in Memphis, call us at 901-475-7434 or fill out our contact form to schedule an appointment. We handle medical malpractice cases on a contingency fee basis, and maintain an additional office in Jackson.