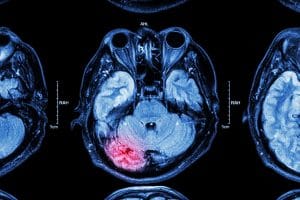 Traumatic brain injuries are usually presented as the result of car crashes or falls. While these are among the most common cause of TBIs, they are not the only ones.

A recent article published in Scientific American looked at three underrepresented groups of TBI victims: domestic abuse victims, athletes, and soldiers. Today, we want to look at their findings in the hopes that we can all be better prepared when it comes to helping people who have suffered brain injuries through no fault of their own.

Research has found that one in seven women has been injured by their partner. Even scarier to note is that 90% of women seeking help like shelter or emergency services have reported head injuries. A head injury can lead to debilitating consequences for the rest of someone’s life. Researchers interviewed 200 Colorado women who had reported domestic violence situations to police.

The findings concluded that where there were physical injuries, more than one in ten women reported losing consciousness or being hit in the head. These findings were only based on their most recent incident. When asked about domestic incidents in the last six months, it was found that 20% of women had experienced head trauma. Looking at lifetime rates, 80% of women reported experiencing a head injury in their lifetime. The majority of these head traumas met the criteria for a mild TBI.

It is important to note that when considering the lifetime rates, these were not all caused by domestic violence. Some of these head injuries were caused by assault or child abuse. This brings the question of if a woman has already experienced a head injury will she then be at a higher risk of being involved in a domestic abuse incident.

An abuser may target a woman they know has problems with memory, attention, or depression. This makes women more vulnerable and thus open to the possibility of being abused by their partner. The abuser will knowingly seek this person and take advantage in order to abuse them further.

In recent years, it has been highly debated how traumatic brain injuries suffered through sports affect the lives of athletes. Each day, they put their body and life on the line in order to put on a show and play ball. Some sports do not have as much physical contact as others, but each sport brings with it its own set of challenges.

Football and wrestling have been in the spotlight when it comes to the discussion of traumatic brain injuries. These sports require the athletes to consistently take blows to the head and the rest of their bodies. As a result, they must often retire earlier and may experience long-term medical problems. Although helmets are available for football players this does not offer sufficient protection.

Our heads house our brains and that is crucial to our day-to-day functioning. Without a functioning brain, there will be a range of things that you will be unable to do. Another aspect of sports and traumatic brain injuries is repeated concussions. An athlete may suffer several concussions throughout a career.

Our soldiers serve and protect our country selflessly each and every day. Unfortunately, they will face many dangers while they are fighting for freedom. One of those dangers is the possibility of suffering a traumatic brain injury. There are many ways that a soldier may suffer a TBI including:

Unfortunately for our soldiers, this can go untreated since they can be in the field for months on end without having access to top-notch medical care. They may be simply focused on surviving and not be worried about a head injury. They may come home and still live with an untreated TBI that changes the way they interact with their families and others.

What is a traumatic brain injury?

A traumatic brain injury happens when there is a blow to the head that interrupts normal brain function. More specifically these head injuries can lead to memory problems, blurred vision, muscle weakness, and loss of consciousness. A mild traumatic brain injury may not leave long-lasting symptoms but a moderate or serious TBI can lead to Pandora’s box of medical problems in the future. Some additional problems you may face after a TBI include:

Experiencing a traumatic brain injury can make it difficult to find the resources you need such as medical assistance, legal, police, and counseling. Memory problems can make life nearly impossible as it will be difficult to keep track of appointments or to follow intricate directions.

Policymakers are often most focused on helping soldiers, to the exclusion of other groups. And yet even as they pass laws that are designed to help servicepeople, the VA remains a bloated institution plagued with problems. Neither legislators nor researchers have really begun to consider the effects that domestic abuse victims experience as a result of a traumatic brain injury, and the battle continues to rage over how much damage professional and college athletes suffer for love of the game.

If you have been a victim of domestic violence or sexual abuse you have options. If you suffered a TBI while playing sports, you have options. If you are struggling to get the help you need from the VA, you have options. Bailey & Greer, PLLC fights for survivors every day. Our experienced and compassionate team will fight vehemently on your behalf. Call our office at 901-475-7434, or complete a contact form on our website to schedule a consultation. We operate offices in Memphis and Jackson to better serve you.