Should Teens Be Driving 18-Wheelers?

Should Teens Be Driving 18-Wheelers? 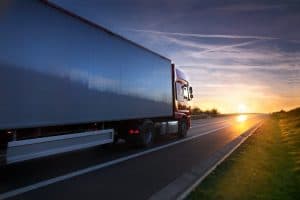 There’s been a recent push to put teens and young adults—ages 18 to 21—on the interstate as tractor-trailer drivers. With a driver shortage across the country, many trucking industry representatives and politicians believe that loosening federal safety rules around the legal age for interstate trucking drivers can help relieve the problem.

However, safety concerns about younger drivers remain a concern, as previous efforts to lower the legal age have failed. This time, the trucking industry is hoping its efforts are successful. In July, a pilot program included in the Obama-era Fixing America’s Surface Transportation Act (FAST Act) began moving forward. This program waives the minimum age requirements for cross-country truckers; however, the pilot program is limited only to certain military personnel. The pilot program is currently in its second public comment period.

Some background on the issue

Interstate truck drivers in the United States have always had to be age 21 or older. The majority of states do allow teens aged 18 or 19 as well as 20-year-olds to drive tractor-trailers within state lines.

This past March, the DRIVE-Safe Act bill posited skipping the pilot program requirements and changing the safety rules to allow 18- to 21-year-olds to travel interstates in tractor-trailers after undergoing extra training. The bill would also limit them to driving trucks equipped with certain safety gear.

Introduced in 2017, the WHEEL Act piggybacked onto the FAST Act to allow any qualified driver younger than 21 to apply to the program. As of this writing, neither bill has garnered much traction, but the trucking industry remains hopeful.

Safety experts believe lowering the driving age for heavy trucks across state lines is a risky proposition. Even with extra training and safeguards in place, a driver’s young age can be a hazard in itself. Motor vehicle crashes are the leading cause of death for U.S. teens. And, in the latest data available, in 2015, 2,333 teens in the United States ages 16–19 were killed, and 235,845 were treated in emergency departments for injuries suffered in motor vehicle crashes.

And truck accidents are an inherent risk for anyone. The FMCSA reports that in 2016, 4,440 large trucks and buses were involved in fatal crashes—a two-percent increase from 2015.

The program, run by the Federal Motor Carrier Administration (FMCA), was published in 2016, with public comment received that fall. In June, they published their response along with more details on how the pilot will work. The next round of public comments is currently ongoing.

The program would allow participating trucking companies to recruit active or reserve military personnel between 18 and 21 with truck driving experience they learned in the service. The safety records of these drivers would be compared to the records of another group of drivers 21 years or older with comparable experience driving vehicles requiring a CDL.

Truck accidents can be catastrophic or deadly, especially if you’re in a passenger vehicle. When a trucking company compromises safety for profits, the truck accident lawyers at Bailey & Greer, PLLC, will help you bring the guilty to justice. Our legal team serves the residents of Memphis, Jackson, and West Tennessee. Call us today at 901-680-9777 or complete our contact form to schedule a consultation with our experienced team.