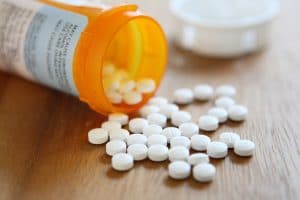 What is prescription drug misuse?

Prescription drug misuse is defined as taking a prescription medication without having a prescription for that specific medication or taking more than the prescribed amount. Nurses involved in the study worked at nursing home facilities, hospitals, for home care companies, and in doctor’s offices throughout the country.

Key data from the study

Some of the key data from the study is as follows:

The study found that nursing homes and assisted living facilities were impacted the most by nurses misusing prescription and illicit drugs during the pandemic. The data is as follows for these categories:

Nurses who worked in nursing homes and assisted living facilities recorded the highest past-year use of alcohol at 42.9 percent. Nurses in these settings also had triple the odds of using alcohol and nicotine, compared to a group of nurses who worked in business settings, schools, and other areas.

Since the survey was distributed to nurses in the middle of the pandemic, it does not come as a surprise that the highest admittance of misuse of prescription and illicit medication came in nursing homes and assisted living facilities. These were settings where the residents/patients were most at risk of dying from Covid-19.

Effects of drug misuse among nurses

Nurses who suffer from a substance abuse disorder can cause injuries to themselves, their co-workers, and their patients. Nurses who misuse prescription or illicit medication suffer from the following:

When a nurse misuses prescription or illicit drugs, the care for yourself or your loved one can be greatly affected. The nurse might struggle to make the correct decisions about care, make delayed decisions or provide delayed care, and even administer the wrong medication. Misuse of drugs can cause cloudy judgment, which is a serious problem to have when working in the medical field.

The misuse of prescription or illicit drugs by nurses can lead to serious injuries for their patients. You or a loved one might suffer the following when receiving care from a nurse misusing medication:

Signs a nurse is misusing prescription or illicit drugs

When your loved one is under the care of a nurse in their home, a hospital, or a nursing home, you hope that the nurse is of sound mind when administering care. However, it is possible that the nurse assigned to your loved one could be dealing with a drug problem. If you see any of the following signs of drug misuse exhibited by the nurse, it’s time to notify their superior and contact a Memphis injury attorney.

Do not ignore any of these signs displayed by your nurse or the nurse caring for your loved one. Doing so could lead to serious injuries that could have been prevented. A Memphis nursing home abuse attorney can examine the situation, collect evidence, and build a case to help you recover compensation for any injuries suffered at the hands of a nurse misusing prescription or illicit drugs.

Did a loved one suffer an injury at the hands of a nurse during home care or while living in a nursing home during the pandemic? If so, the nurse can be held accountable for their actions, especially if they were misusing prescription or illicit drugs while administering care. Call the experienced Memphis nursing home abuse attorneys at Bailey & Greer, PLLC, at 901-475-7434, or complete our contact form to schedule a consultation today.