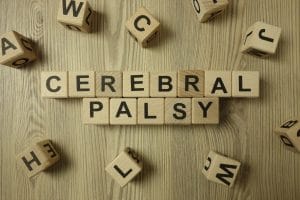 Cerebral palsy (CP) is a series of disorders that affect mobility, muscle tone, and posture. CP is often caused by medical malpractice during the birth of a newborn. Children with CP generally have difficulty walking and coordination difficulties. They may have difficulty swallowing and speaking. Some children with CP have cognitive disabilities in addition to their physical and emotional disabilities. Other complications may include seizures and blindness.

Cerebral palsy is not curable, which means newborns with CP will have to learn to live with their condition for a lifetime. Standard treatments, according to the Mayo Clinic, include medications such as muscle relaxants and injections. In some cases, orthopedic surgery may be required. Most children and adults who live with CP require physical, vocational, occupational, and speech therapy.

Hippotherapy is a unique type of equine therapy designed to improve the self-esteem and social skills of a person with cerebral palsy. The therapy uses the natural movements of a horse to help provide physical, occupational, and speech therapy for the CP patient. Advocates of hippotherapy state that the treatment also helps the patient improve his/her posture, endurance, strength, and range of motion.

According to CerebralPalsy.org, hippotherapy was conceived and used in Europe in the 1960s. It began to be used in the United States in the 1980s. Hippotherapy is not the same as therapeutic horseback riding, which teaches riders specific riding skills. Instead, “hippotherapy is built on the concept that the individual and variable gait, tempo, rhythm, repetition and cadence of a horse’s movement can influence human neuromuscular development in humans.”

Children as young as two can potentially benefit from hippotherapy. The child’s physical and cognitive challenges determine when to consider an alternative treatment plan. It is worth noting that, according to CerebralPalsy.org, “because it is not likely to be among a child’s core therapies, hippotherapy is unlikely to be covered by many medical insurance plans.”

Hippotherapy begins with an assessment of the patient’s abilities. If approved, the child (and parents) will learn how to safely mount and dismount, use saddles, and what horse movements the rider should anticipate. Once the child is on the horse, a therapist walks alongside the horse to direct the horse’s movements and monitors the child’s reactions. Children should wear helmets and have appropriate padding.

Hippotherapy is usually done in a horse-farm setting. Some programs may be seasonal. Other programs are year-round. The therapy is usually performed by physical, occupational, or speech therapists who must be certified and properly trained.

“The American Hippotherapy Association offers a multi-level educational program that aims to educate aspiring practitioners with a foundation of knowledge regarding how to work with both patients and horses.” The practitioners must have practiced in their field for at least 3 years and have 100 hours of hippotherapy training through the AHA. Applicants can obtain Hippotherapy Clinical Specialty Certification by passing an examination.

At Bailey & Greer, PLLC, our Memphis birth injury lawyers understand how life-changing labor and delivery negligence is. Parents expect their children to lead fully functional lives so it comes as a shock to learn your child has cerebral palsy or other birth disorders. We work with your doctors to thoroughly understand your child’s medical condition and the type of care he/she will need for their lifetime.

To speak with a respected birth injury lawyer in Memphis or Jackson, call us at 901-475-7434 or fill out our contact form to schedule an appointment. We handle all injury cases on a contingency fee basis.