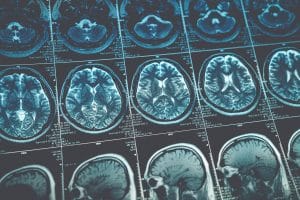 Oftentimes, the full extent of a brain injury in a newborn may not be immediately apparent. However, a new type of blood test may lead to a quicker diagnosis of brain injuries in newborns.

According to a report published in the journal Scientific Report, a team of researchers from London, India, and the United States tested 45 babies born at hospitals in India who suffered oxygen deprivation. In the study, researchers were able to pinpoint a slew of genes in the babies’ blood that could identify which ones wind up developing neurological disabilities. Blood was drawn from each of the 45 babies six hours after they were born. Researchers followed up with those babies 18 months after birth to see which ones developed neurological disabilities.

Lead author Dr. Paolo Montaldo, from the Centre for Perinatal Neuroscience at Imperial, explained, “We know that early intervention is key to preventing the worst outcomes in babies following oxygen deprivation, but knowing which babies need this help, and how best to help them, remains a challenge.”

Different regions of the brain can be impacted by oxygen deprivation, which can lead to various neuro disabilities and conditions such as palsy, blindness, deafness, and epilepsy. If this prototype test can pinpoint which genes are more at risk for developing neurological disabilities, it could lead to better treatment development after diagnosis for babies.

A birth injury changes everything. Your child may need 24-hour care at home or in a specialized facility. This can place significant financial strain on a family. If your child’s brain injury was the result of medical negligence, you can recover damages for:

As always, it is in your best interest to consult with a birth injury attorney to find out if there are any other damages you can recover.

The Memphis birth injury attorneys at Bailey & Greer, PLLC, understand the difficulties that come with raising a child who suffered because of oxygen deprivation. If these injuries were caused by medical malpractice or negligence, we will fight for the compensation you deserve. Call us today at 901-475-7434 or complete a contact form to schedule a free consultation. We serve clients throughout West Tennessee from our offices in Memphis and Jackson.