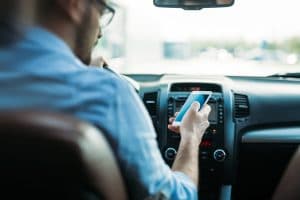 A recent Shelby County report now raises concerns about which laws are effective against distracted driving. Action News 5 reported on February 20, 2020 that the number of fatal traffic accidents in the county has risen. Based on reports from Shelby County law enforcement officials, there have been 6,051 traffic crashes in Shelby County in 2020. Twenty-eight people died in those accidents, compared to seventeen deaths for a similar time frame in 2019. In other Tennessee counties, the number of accidents and deaths is about the same as 2019, or lower.

Per Action News 5, police are concerned that these fatal crashes might be related to distracted driving, despite the statewide ban on hand-held device use. Tennessee Highway Patrol troopers have issued 560 citations since the law went into effect. Memphis law enforcement has not issued any citations yet for violating this law, because a local ordinance authorizing citations hasn’t been approved yet.

The Tennessee Hands-Free law took effect on July 1, 2019. It is aimed at forcing drivers to pay attention to their driving by making it illegal to:

The new Tennessee law allows a person to talk on a phone while driving, provided they don’t use their hands. For example, speakerphone and Bluetooth conversations are allowed.

Why isn’t the new hands-free law as effective as hoped?

Tennessee Highway Patrol spokesperson Chris Richardson believes that the hands-free law will help reduce fatalities and accidents in the long run because drivers will be more focused on driving – even though the numbers for Shelby County suggest otherwise. But studies by the National Safety Council (NSC) remind us that “hands free is not risk free.” Their research shows that any type of phone conversation is still distracting. Per their data, “drivers looking out of the windshield can miss seeing up to 50% of what’s around them when talking on a cell phone.”

At Bailey & Greer, PLLC, our Memphis distracted driving accident lawyers have the experience and resources to help people who have been injured in wrecks. We work with the police, crash scene investigators, and use the discovery process to help show a driver was distracted. We demand compensation for your pain and suffering, financial losses, and medical expenses. To discuss your car accident case, call us at 901-475-7434 or contact us to schedule an appointment. We have offices in Memphis and Jackson and serve all of West Tennessee.