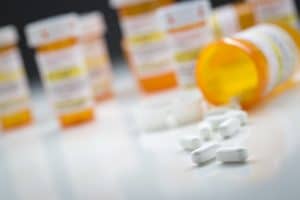 A new law taking effect next year is targeted at curbing opioid dependence and prescription fraud in the state of Tennessee. This law, stemming from Senate Bill 810, prevents doctors from issuing printed or handwritten prescriptions for controlled substances such as opioids, stimulants, and other potentially habit-forming medications. Instead, licensed physicians must electronically submit prescriptions.

Many who have been advocating addiction prevention in addition to lawmakers in the state have celebrated the new Tennessee electronic prescription laws, claiming they will bring down the number of individuals who abuse prescription opioids and other drugs, engage in prescription fraud, or otherwise illegally take advantage of written prescriptions.

Many experts agree that the excessive overprescribing of opioid substances by medical professionals in the state of Tennessee is the basis for the opioid crisis in the state. According to the CDC, in 2017, the rate of opioid prescribing was 94.4 prescriptions per 100 people, ranking Tennessee as number three in this category in the nation. The deaths in Tennessee due to opioid overdose have also continued to rise. In 2018, the state reported over 1300 opioid related deaths.

In 2016, Prescription Safety Act was instituted that further supported the Control Substance Monitoring Database (CSM) which enables pharmacies and doctors to check if a patient has already been prescribed controlled substances. This database helps reduce the occurrence of doctor shopping, a practice in which patients visit multiple doctors to access numerous prescriptions for the same controlled substance.

The TN Together initiative was implemented recently, which targets the goal of preventing addiction through media campaigns and education that reinforce the fact that opioid addiction negatively impacts individuals in every facet of society.

The legislative actions stemming from TN Together include House Bill 1831 which went into effect in 2018. The legislation reduces the dosage of opioid prescriptions and their duration for individuals who have never received these prescriptions in the past.

The latest effort to combat opioid addiction in Tennessee includes the new electronic prescription laws described above. Even though the law will not go into effect until the first day of 2021, pharmacies and doctors have already started operating in accordance with the new requirements of the upcoming law. This is happening as the medical community changes over from handwritten printed prescriptions to standardized electronic prescribing systems. These laws can also have the effect of reducing the occurrence of medical malpractice related to prescription drugs.

This new mandate covers all Schedule II-IV drugs, which means prescriptions for routine medications such as Codeine, Adderall, Vicodin, Xanax, and Percocet. All of these prescriptions will require electronic submissions going forward.

It is yet to be determined how effective the new mandate will be in limiting the abusive opioids in Tennessee. In the meantime, Tennessee is continuing to put greater resources into various areas of society to help those affected by opioid addiction.

If you or a loved one has suffered controlled substance overdose after being prescribed one of these drugs, including potentially opioids, Bailey & Greer, PLLC, can help. Our Memphis medical malpractice attorneys are here to review your case and provide you with the legal representation you need to recover any compensation you deserve for your injuries. To arrange a free consultation, call us today at 901-680-9777 or fill out our contact form.