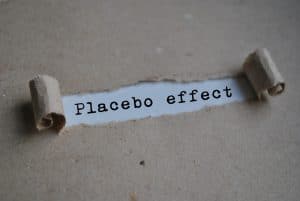 You may have heard of the placebo effect when it comes to medication. Essentially, it is a trick of the mind. The theory was that if you did not know that you were taking a sugar pill instead of a prescribed medication, then the pill would “cure” whatever ailment you have. It causes you to think that you are receiving treatment when you are simply taking a sugar pill.

Whether or not placebos work is, perhaps, less of a concern than whether or not it is ethical to give sick patients a fake pill. This topic is cause for some debate in the medical malpractice community. The current debate is based on findings from Ted Kaptchuk.

The theater of medicine

Look at medicine as theater and you will then understand the new theory for how placebo medication should be used. Kaptchuk describes it this way: “When a person’s sick and goes to a healer, the drama of medicine by itself is a potent form of healing.” By this logic, a doctor is a character in the story who uses “props” like their lab coat and tools to make you feel better. He also theorizes that a pill is another prop used by the doctor.

How does a placebo pill help?

Kaptchuk conducted a small study where he focused on patients with irritable bowel syndrome. The results showed that those who had gotten the placebo felt better compared to those who got nothing. There were also conducted showing that open-label placebos helped relieve symptoms of conditions such as:

Researchers followed patients around for five years to see how taking open-label placebos improved their condition. More research needs to be completed, as to how and why the placebo effect works in these particular circumstances.

Kaptchuk and his team compared three groups of people who were essentially taking nothing and came to a conclusion on the best form of treatment. The three groups were no treatment, open-label placebos, and double-blind placebos. Essentially all of the participants were taking nothing or nothing in the form of a pill. The only difference was their knowledge of what they were or was not taking.

Examining the psychology behind placebos

The two psychological theories the researchers are looking at are conditioning and expectations. When you have an expectation that something will work, it has a higher chance of working. Conditioning, on the other hand, is a learned response that has been instilled in us from a young age. The simple act of taking a pill placebo or not is something we associate with getting better.

When his research began, Kaptchuk came from a place of empathy as he did not agree with misleading or keeping patients in the dark about taking placebos. He noticed that through all of his research, there was nothing related to the placebo effect that did not require some sort of deception. In clinical trials, participants are informed and can consent to the possibility of receiving a placebo. However, in a doctor’s office, this is not possible. When you see the doctor you will be prescribed medication and some prescriptions may include placebo pills.

Throughout the study, Kaptchuk and his team found that people who were given placebos unbeknownst to them and saw an improvement in symptoms felt as though this meant there was something wrong with them mentally. They began to believe that they may have made up their condition in their head. In order to combat this, Kaptchuk decided that he would inform the patients that they were taking a placebo and if their symptoms did improve, he would then explain that this was a sign of healing and it had nothing to do with their mental state.

What are the risks of taking a placebo?

Using a placebo does not in itself present any risks, as you are taking a small pill full of sugar. The risk lies instead in what ailment or condition you are trying to treat. If you are taking a sugar pill to treat a condition that requires a certain kind of medication, you may not actually be treating the condition at all.

Placebos are not necessarily part of mainstream medicine as of yet. More research needs to be conducted. The major concern for many professionals in the medical and legal field is how this will affect the way patients are treated. A treatment plan is meant to improve a patient’s condition and some treatment plans require medications with active ingredients. If a doctor prescribes a medication that ends up being a placebo and your condition worsens, they may be held liable for medical malpractice.

If you have suffered an injury or worsening condition due to the negligence of a medical professional, legal representation from an experienced Memphis medical malpractice attorney can help you recover compensation. The attorneys at Bailey & Greer, PLLC can evaluate your case and guide you in the right direction. Call us today at 901-475-7434, or complete the contact form to discuss your case in our Memphis or Jackson office.