Deadly Tractor-Trailer Wreck on I-40 Leads to More Questions

Deadly Tractor-Trailer Wreck on I-40 Leads to More Questions 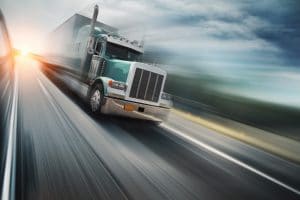 On November 6th, a tractor-trailer traveling down I-40 crashed into multiple vehicles, including a patrol car. The Tennessee Highway Patrol (THP) is investigating the wreck, which left two Tennessee Department of Transportation (TDOT) contract employees dead, and injured a third contractor as well as a State Trooper. At this time, the truck driver is not facing any criminal charges.

Fox 13 interviewed Thomas Greer about the incident, and what kinds of questions the truck driver may face. As both the THP and Mr. Greer explained, in incidents like these, the truck driver must be tested to see if there were drugs and/or alcohol in his system at the time of the wreck, as required by federal law.

The THP will also review data from the onboard computer system – the truck’s “black box” – to verify the driver’s log. The black box data can tell investigators how fast the truck was moving, and whether or not the driver attempted to brake before the collision. As Mr. Greer explains, investigators can determine speed and the force of the impact based on the damage to the truck. They will also investigate whether or not the truck suffered from any mechanical failures, which could be related to its maintenance or a defective part.

Why this truck accident case is even more complicated

This particular case is especially challenging – not only because so many vehicles were involved, but because the truck itself had been reported stolen. WMC Action News 5 reported:

[Truck driver Mervin] Crigler was traveling west on I-40 when he hit the rear of one vehicle, causing it to roll down the embankment into a treeline. He struck another vehicle, causing it to exit the right side of the road and hit 30-year-old [contract worker] Justin Stafford. That vehicle then struck a third vehicle before exiting the roadway, striking a guardrail and going down the embankment into a treeline.

Crigler continued driving, veering off to the right and hit 22-year-old [contract worker] Jared Helton on the shoulder of the road.

WMC Action News 5 later learned the 18-wheeler had been reported stolen from the truck company.

Penske says that the truck involved in the crash was rented by a commercial trucking company and that the customer reported it stolen to police.

Crashes involving tractor-trailers are complex, and the investigations cannot be rushed. The investigation into the wreck can take weeks or even months. Witnesses may need to be interviewed, too. Even if the wreck itself can be reconstructed quickly, determining liability can also take time. Generally, the liability may fall to:

Though it may take time for this case to be resolved, we’ll be following it carefully.

If you have questions about truck accidents, or need the guidance of an experienced injury lawyer, call Bailey & Greer, PLLC today at 901-680-9777, or fill out our contact form. We proudly serve clients in Memphis, Jackson, and throughout West Tennessee.