Can Underride Guards Save Lives?

Can Underride Guards Save Lives? 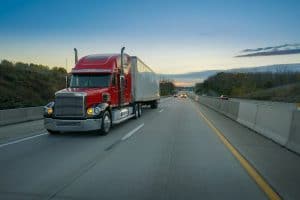 Accidents involving large trucks are often much more severe than accidents involving two sedans or other types of smaller vehicles. It is often due to the size of the truck and the impact of the crash. The problem occurs when one vehicle spirals out of control and glides underneath the large truck. It can also occur when a smaller vehicle is driving in a blind spot area, making it impossible for the truck driver to notice the other vehicle until it is too late.

If a driver’s vehicle glides underneath a large truck, the chances of survival may be slim, and the chances of a catastrophic injury are great. The weight of the truck and the impact of the crash can crush a vehicle (and the people within it) in seconds.

Chain reaction collisions involve multiple vehicles, and they’re one of the most serious types of collisions with commercial trucks. They’re also one of the more common causes of an underride crash. One vehicle hits the back of another vehicle, and the second vehicle either spirals out of control and hits a truck from the side, or the impact forces the car underneath the 18-wheeler.

With the underride guards attached, the severity of collisions with large trucks may not be as severe. Although drivers may still sustain multiple injuries, they have a greater chance of surviving the accident when these underride guards are installed.

Despite all of the research, there are still trucking companies which don’t install these guards. In March 2019, Senator Kirsten Gillibrand introduced the Stop Underrides Act to Congress, with bipartisan co-sponsorship and support. The Bill states that “the Department of Transportation must require the installation of rear, side, and front underride guards on the following:

It has been sitting in the Senate Commerce, Science, and Transportation committee ever since. An identical Bill has also been introduced in the House, but remains in the Subcommittee on Highways and Transit.

We encourage you to contact your representatives in the House and the Senate and ask them to pass these bills. They will absolutely save lives.

If you were in a truck accident with a vehicle without underride guards, or if your loved one lost his or her life due to this type of collision, you will need to find out what you can do moving forward. You may be able to take legal action. We invite you to call Bailey & Greer, PLLC at 901-680-9777. You can also fill out our contact form to schedule a free consultation at our office in Memphis or in Jackson.