Can I Sue a Tennessee Municipality for Injuries Suffered in a Car Accident?

Home / Can I Sue a Tennessee Municipality for Injuries Suffered in a Car Accident?

Can I Sue a Tennessee Municipality for Injuries Suffered in a Car Accident? 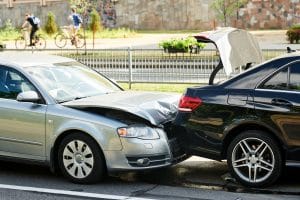 How to prove liability against the other driver

The liable party is the person responsible for causing a motor vehicle accident to occur in the first place. Proving who is liable is not always easy when the liable person is claiming that they were not in the wrong. However, an investigation into the car accident would be performed by the experts to determine how the accident happened and why it happened. For example, speed may have been a factor. The other driver could have made a wrong turn or swerved into a lane without checking that lane to see if there were any cars on the road.

During an investigation, experts check a number of things, including the type of damage done to both vehicles involved in the accident, the tire marks left behind on the road, and surveillance footage that may have captured the accident as it was happening. Witnesses are often interviewed and asked to provide a detailed description of what they managed to see. If witnesses saw the whole thing, they can easily explain how things happened while supporting the claims you are making against the liable driver.

Paying attention to the statute of limitations

If you would like to file a lawsuit against a Tennessee municipality, you must make sure you are paying close attention to the statute of limitations. In the state of Tennessee, victims injured in motor vehicle accidents have one year to file a claim, but you only have 6 months to file a claim against a government official. There is paperwork that must be done immediately before you file as well to ensure that your claim can move forward. If you do not file a claim against the state municipality within that time, you will lose out on the opportunity to file a claim and receive compensation for all your injuries.

If you are hurt in a wreck caused by a government official, or if your injury is in some way the fault of the local or state government, you’re going to need help filing your claim. Let Bailey & Greer, PLLC consult with you and help you move forward with your claim. Give us a call to schedule your consultation in our Memphis or Jackson office by dialing 901-475-7434 or filling out the contact form on our site.