“At an early age, I knew I wanted to be a lawyer, and not just any lawyer. I wanted to be a trial lawyer, like my father and grandfather. I am proud of the work I do for my clients. I represent the underdog. I help put the powerless on a level playing field with the powerful. I know that without me, or someone like me, corporations and insurance companies would break the rules and never be held fully accountable for the harm they cause.”

Thomas has extensive trial experience in both state and federal court. Among other victories in the courtroom, Thomas obtained several impressive jury verdicts and settlements, including:

At the age of only 37, Thomas served as President of the Tennessee Trial Lawyers Association, an organization committed to preserving the civil justice system and protecting the rights of injured Tennesseans. Thomas was one of the youngest people to ever hold this position. Thomas is active in several additional statewide and nationwide organizations and is frequently called upon to teach other attorneys at educational seminars.

In 2015 Thomas was invited to join the American Board of Trial Advocates, which is an invitation-only prestigious organization reserved for only the most experienced and ethical lawyers in the country.

In 2020, he was named the Outstanding Trial Lawyer of the Year by the Tennessee Trial Lawyers Association.

Thomas also has a 10 out of 10 rating with Avvo, an independent attorney review website, and an AV Preeminent Peer Rating from Martindale-Hubbell, the highest possible rating among attorney peers and judges.

Thomas is a self-described “family man.” He lives in Memphis with his wonderful wife and four smart, beautiful and funny daughters. When he is not working to improve the lives of his clients, Thomas can be found with his family, playing with his daughters in the yard, at the park, or at the pool. Increasingly Thomas can be seen driving the girls to school, and to various other activities like birthday parties, sleepovers, orthodontist appointments, and tennis, ballet, and violin lessons. Thomas tries to instill in his children the importance of hard work, personal responsibility and accountability, and compassion for others.

Thomas also believes strongly in giving back to the community and supporting those in our society who are less fortunate. With the support of the firm, Thomas and his wife organized and hosted a back-to-school party, complete with bounce houses, carnival games, snow cones, and pizza, and provided over 50 brand-new backpacks loaded with a year’s worth of school supplies to the Boys & Girls Club of Greater Memphis.

Several times each year, Thomas gives End Distracted Driving presentations to high school students across Shelby County. The program was created by trial lawyer Joel Feldman, whose daughter Casey was killed by a distracted driver at the age of 21. It is designed to bring awareness to the distracted driving epidemic and to provide useful tools that teens can use to combat the problem. For more information, visit www.EndDD.org.

Since 2015, Bailey & Greer has participated in the Memphis Bar Association’s Summer Law Internship Program for Memphis area minority high school students. The firm exposes the students to real cases by taking the students to depositions, mediations, and trials. The firm pays a generous stipend to the participating students at the end of the program. Some of the students go on to work part-time for the firm as runners and clerks, and many are inspired to pursue a legal career.

Thomas also acts as a mentor to several graduating high school students seeking to take advantage of the TN Promise Scholarship. As a mentor, Thomas serves as a resource and offers encouragement and support to students, including attending high school and college team meetings, reminding students of important deadlines, and helping to eliminate the barriers associated with post-secondary access and success. 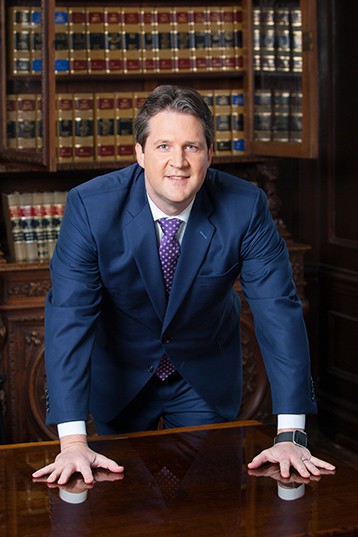